33-year-old male from Miami, 7 months after pec implants and correction of gynecomastia.

27-year-old male from Hong Kong, 5 years after pec implants and liposculpture of his chest and waist was performed by Dr. Sam Gershenbaum. Vertical-rectangular soft, solid silicone implants were placed under the muscle. He never thought it possible to have a shape that so many admire.

34-year-old male from Miami, only 3 weeks after pectoral implants using soft, solid vertical-rectangular implants placed under the muscle. He requested a conservative, natural appearing and undetectable result which was completely accomplished. He will develop a substantially more defined and sculpted appearance as the swelling subsides and healing progresses. 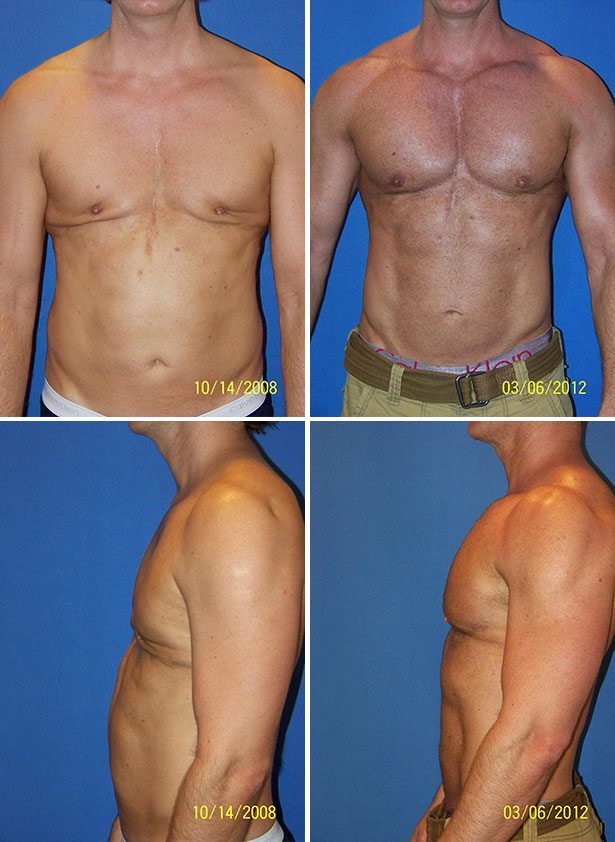 33-year-old gentleman from Miami, Florida, 8 months after pec implants, mini tummy tuck, correction gynecomastia, and liposculpture performed by Dr. Sam Gershenbaum. The scars around his areola were present from previous surgery done elsewhere. The scars in his armpits from the pec implant surgery are barely visible. His contour changes are dramatic, yet very natural. He is truly thrilled with the dramatic transformation of his body.

41-year-old male from England, only 6 days after pec implants using vertical-rectangular implants. Note the fullness in the upper chest and the midline definition which will improve and become much more defined over the weeks and months ahead. The marks on the side of his chest are some minor bruising and swelling from under the silicone backed foam which was just removed prior to the photos. 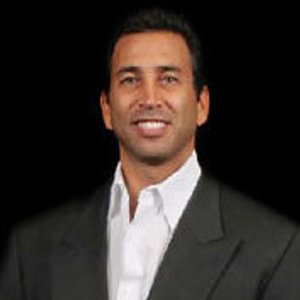